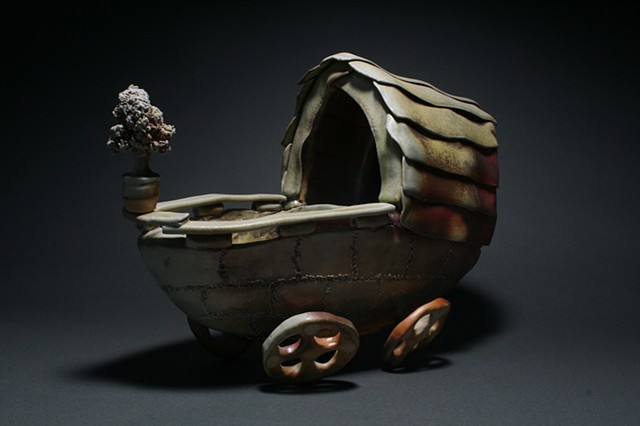 Mike Roche is a ceramic artist originally from the Greater Boston area of Massachusetts. He received his B.F.A in ceramics from the Massachusetts College of Art and Design in 2008, and an M.F.A at the University of Delaware in 2014. Trained as a painter, his love for pattern and color led to a career in ceramics; allowing him to push his own boundaries of scale and form in a medium filled with endless possibilities. Mike has shown and taught ceramics through the United States as well as assisted multiple internationally renowned artists. Roche was fortunate enough to receive two separate artists residencies from 2014 to 2016 that allowed him to return to Massachusetts and reconnect with the local clay community that had so greatly influenced and inspired his current journey as a contemporary ceramic artist. He currently lives and works out of Spencer Massachusetts.